Cube Temple, An ethereal creation of wire mesh in Singapore 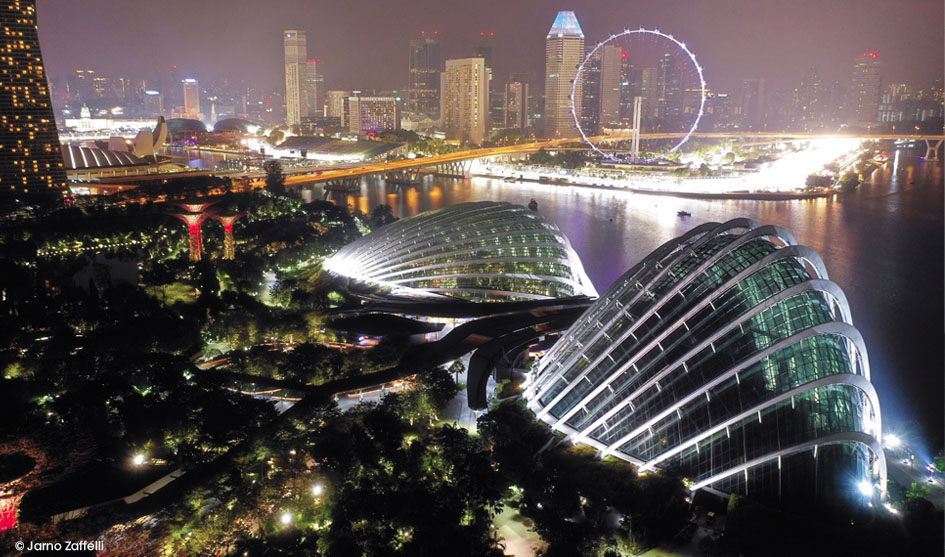 Cube Temple, An ethereal creation of wire mesh in Singapore

• In 2018, the company created the artistic lighting for some historic buildings in Singapore such as The National Gallery and Esplanade Theatres on the Bay. In 2018, in addition to the track lighting and telecommunication systems on the Marina Bay circuit for the Formula 1 Grand Prix in Singapore, DZ Engineering was also in charge of the artistic lighting for some historic buildings such as The National Gallery and the Esplanade Theatres on the Bay, and celebrated winning international tenders with its spectacular installation entitled “Cube Temple. An ethereal creation of wire mesh in Singapore” by Edoardo Tresoldi, one of the most influential young artists in Europe (“Forbes”, 2017), definitively crowned at the Coachella Valley Music and Arts Festival in California. An ethereal work at Cargo made of wire mesh and light.

A dome of air, an ethereal creation of wire mesh, like the still image of a portion of the sky, encapsulated/enclosed/framed in a form as unreal to the human eye as it is tangible in its physical presence.

The artist took the harmonious lightness of the architecture, the classically composed posture, the meditation on the past between lost and restored glory and the dialogue with archaeology from the Renaissance. From modernity, he mainly borrowed the materials and the setting: Cube Temple was actually attached to the high ceiling of Cargo 39 (the venue in Singapore), resting on a pure metal skeleton. 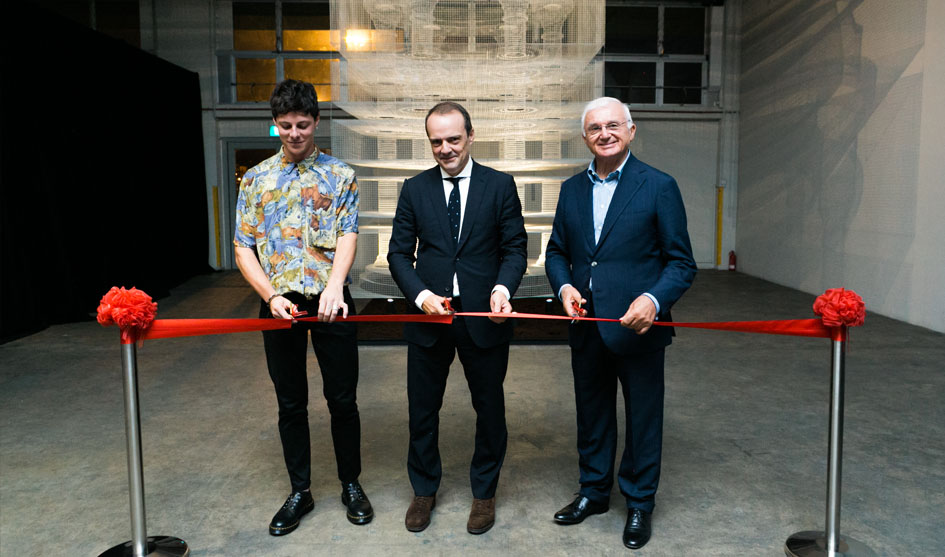 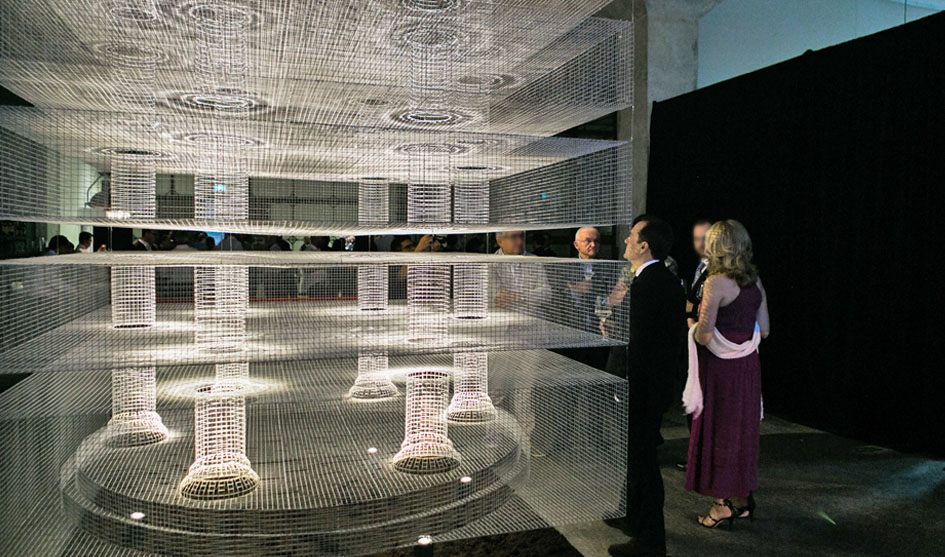 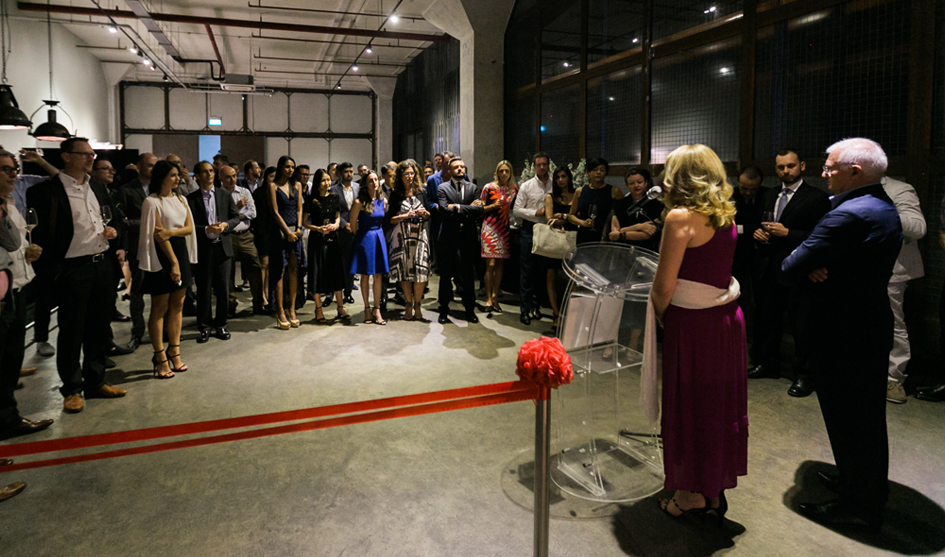 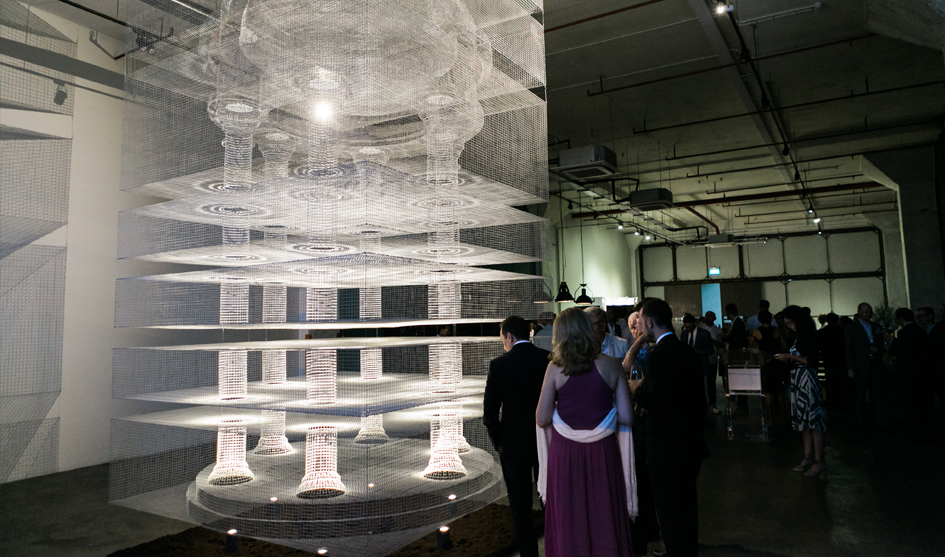 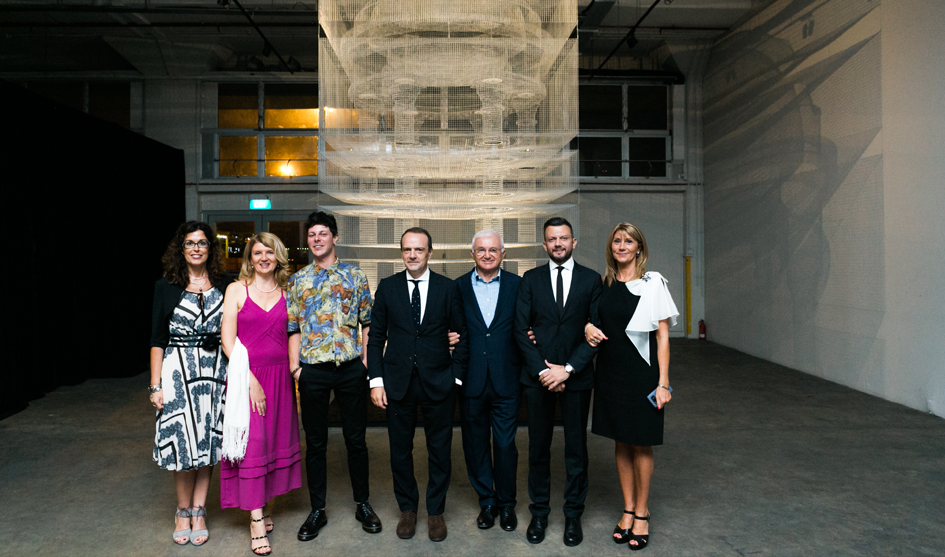 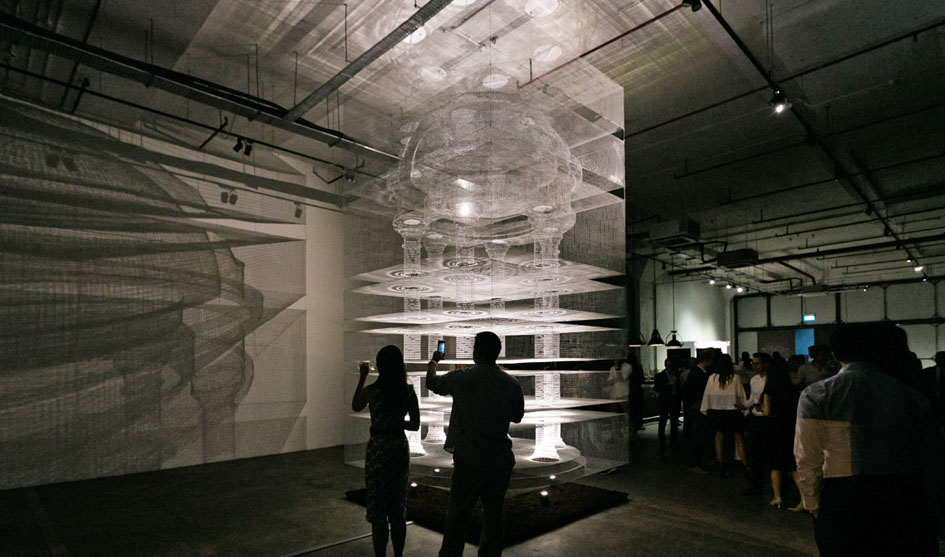 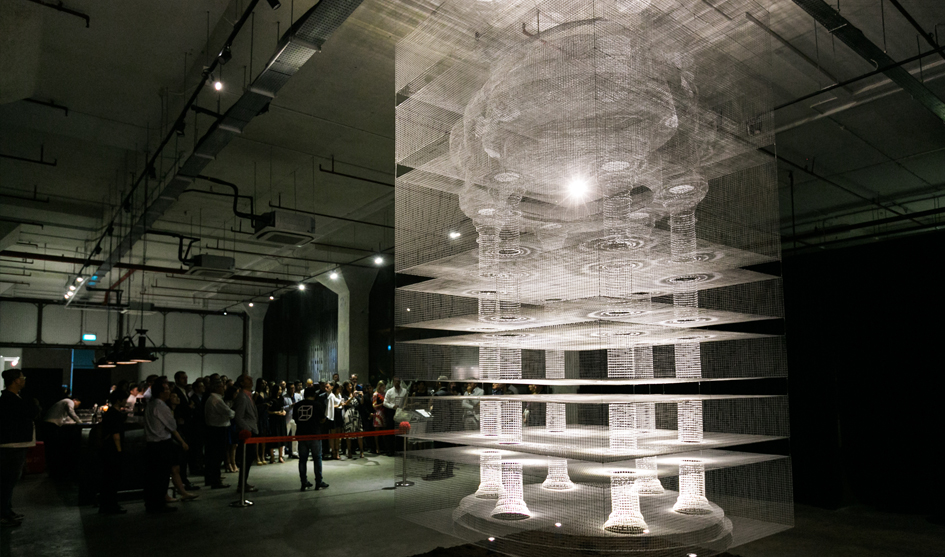